Australia is in the midst of wetter-than-normal , with La Nina and other climate conditions ﻿causing unseasonably heavy rainfall across the country – and helping grow.

With more moisture in the air – and in homes – the little, hazardous spores are appearing more and more frequently.

So what exactly should you do if you notice mould﻿ around your house? 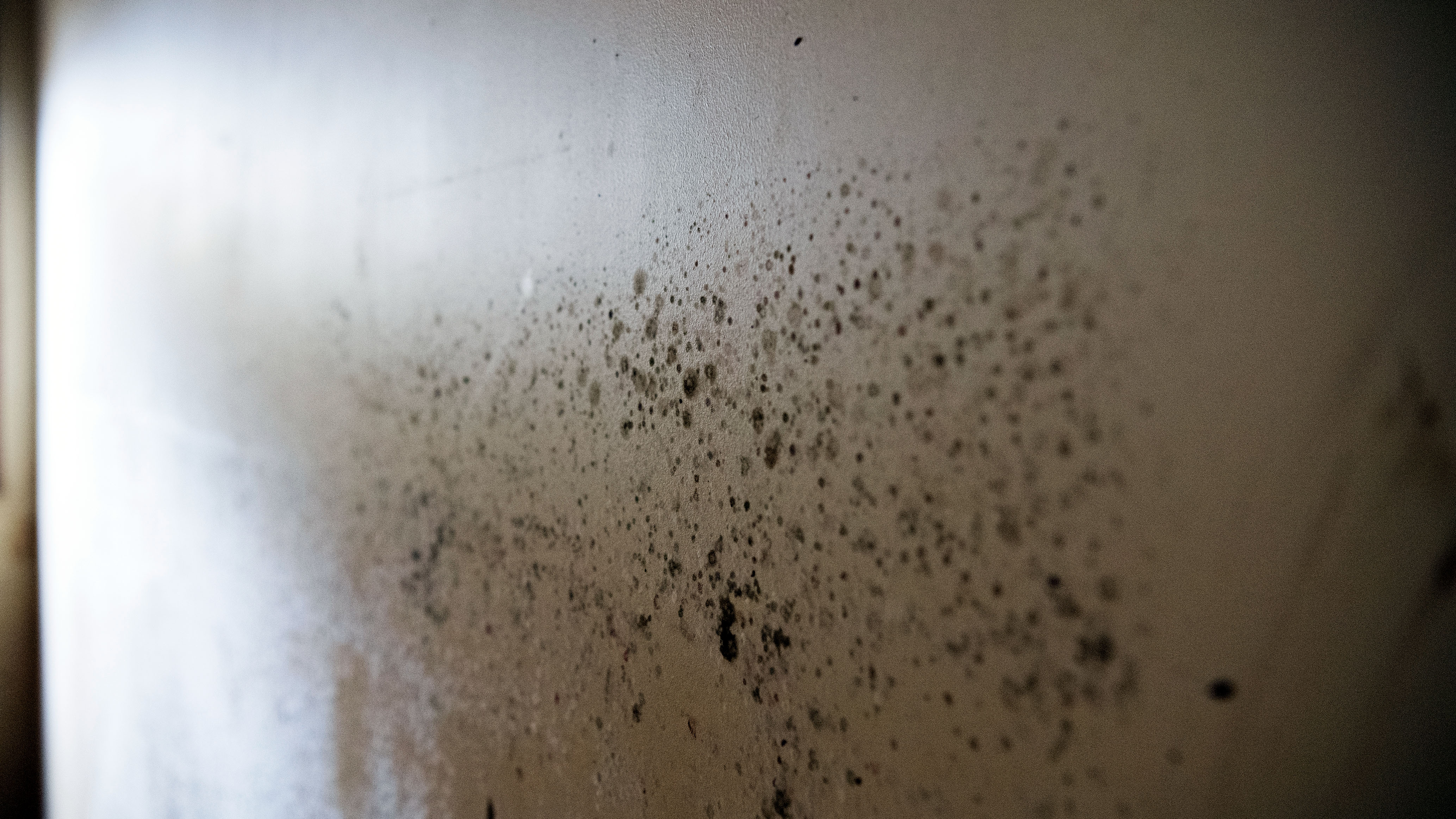 What is mould and how does it grow?

Mould is ﻿a type of fungi related to the likes of mushrooms and yeast.

Mould spores are actually virtually ever-present in the air around us. It's only when they hit moisture and an organic surface in combination that they start germinating to produce unwelcome growths we associate with the term.

There are a few conditions that help these growths.

It commonly appears as black, green and white spores, but can also appear in a range of other colours. 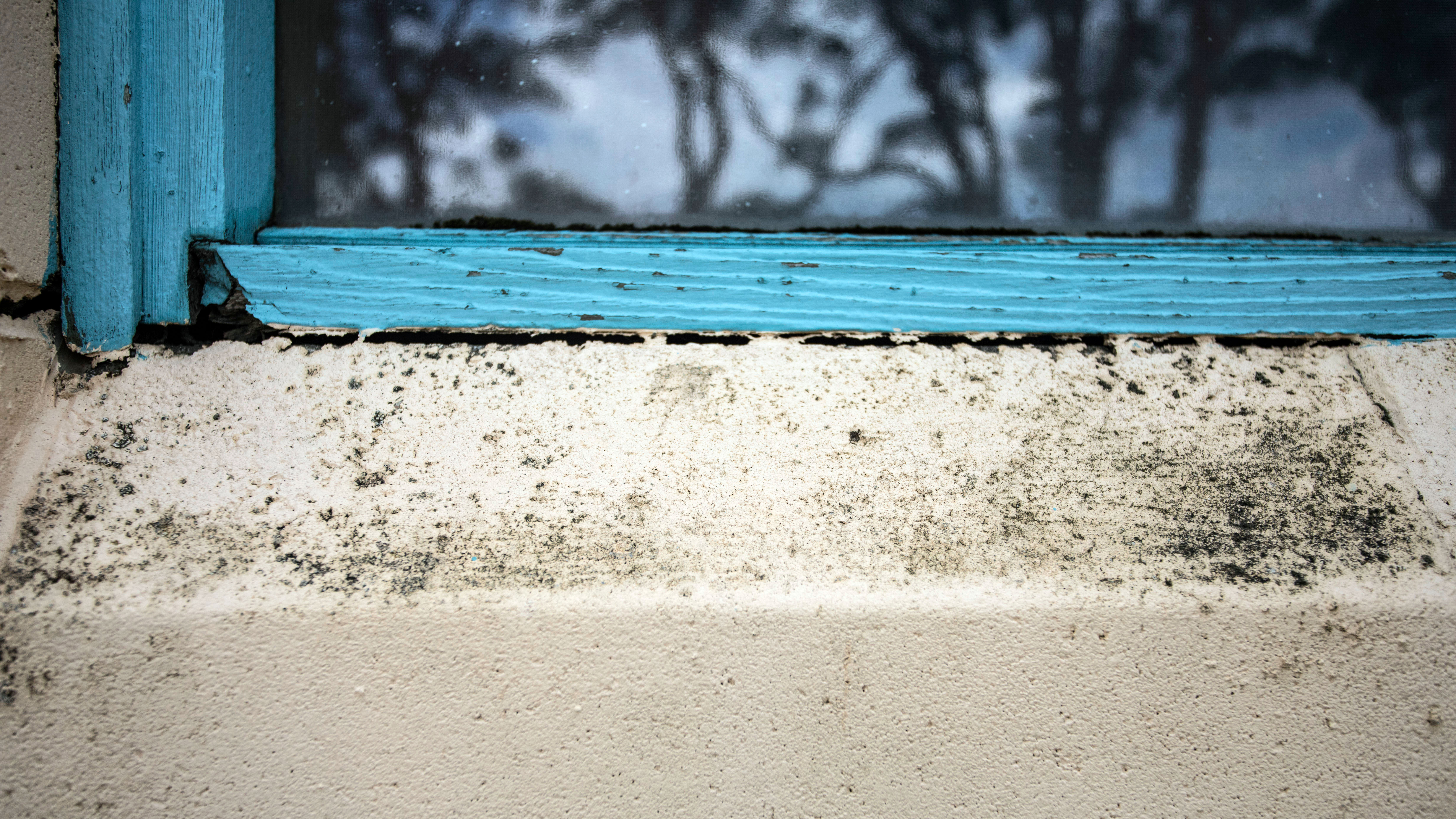 What should you do if you find mould in your house?

There are two things you should do as soon as you notice mould: try to make your home less mould-friendly, and clean the mould itself.

If you're living in a rental, you also need to contact your landlord or property manager immediately.

Addressing the conditions that encourage mould growth generally involves ventilating the property and letting natural light into the area.

Of course, that's not always easy to do.

Opening your windows when it's raining is just going to make things worse. As a result, some people turn to dehumidifiers to reduce ﻿the amount of moisture in the air.

As for ﻿cleaning, you can either hire a professional or handle it yourself. 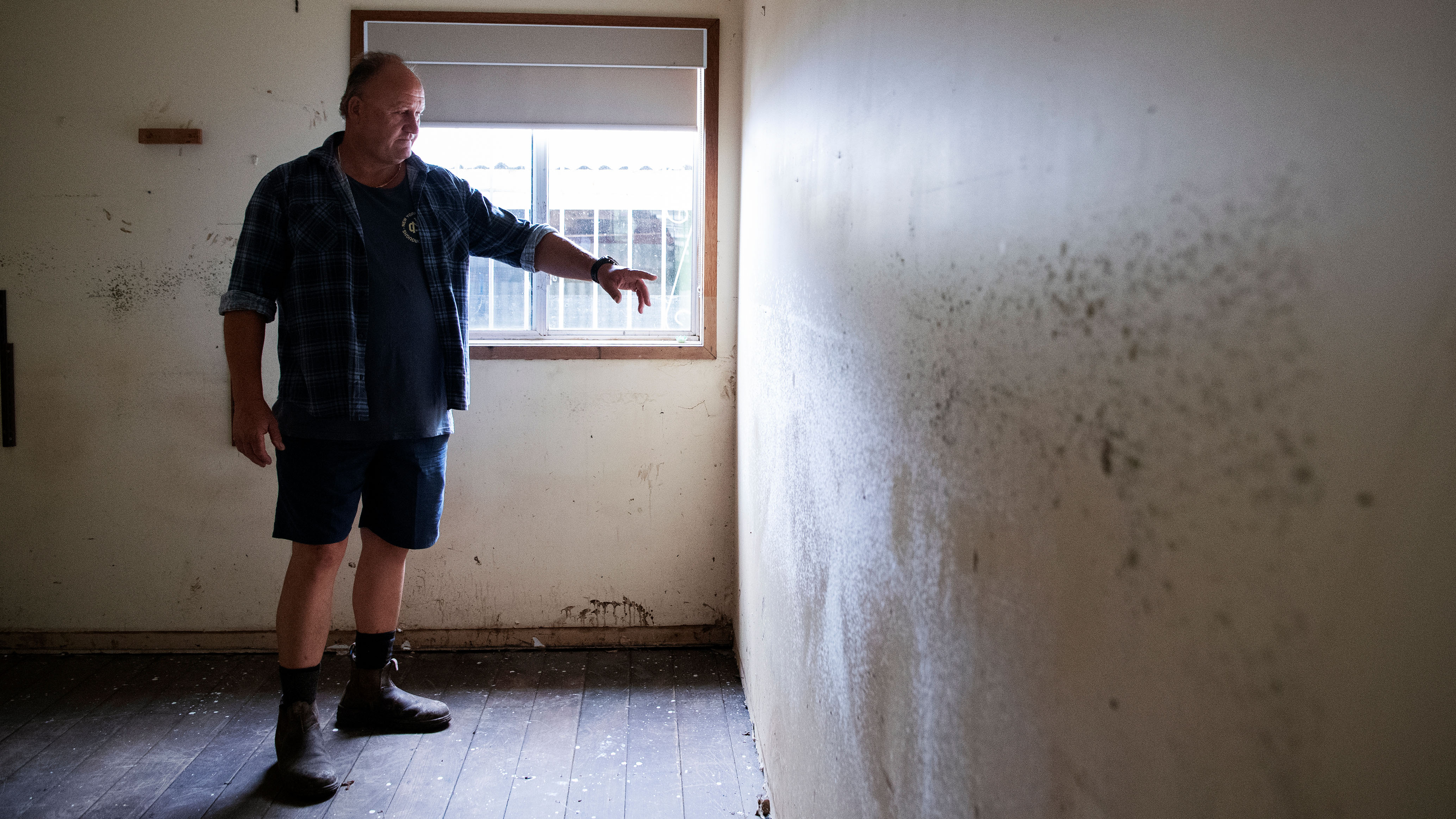 If you go down the latter path, most of the time you won't need to get special cleaning products.

NSW Health, for example, recommends using either regular household detergent or a mixture of one part vinegar diluted with four parts water to remove mould.

If that doesn't do the trick, you can instead use a diluted bleach mixture.

Whatever you use, make sure the implement you use to clean is damp. Cleaning with something that's dry can flick spores into the air and you run the risk of inhaling them. Whose responsibility is mould ﻿in a rental property: tenants or landlords?

While tenancy law differs between the states and territories – and you should check with your own state or territory government website for information specific to you – it generally depends on how the mould has appeared.

If it's the result of issues with the property – for example a leaky pipe, a broken window, inadequate ventilation available or a leaking roof – then the landlord or rental provider is responsible.

However, if the build-up is due to the behaviour of people living in the property – windows not being opened, ventilation fans not being used, insufficient cleaning – then it's the tenants who are responsible for cleaning and any associated costs.

However, if there's an issue with the house that wasn't reported or took too long to report, the onus will then likely lie on the tenants﻿.

Similarly, if the landlord has left a maintenance issue go unaddressed after it was reported, then they will be responsible.

At any rate, if you're ﻿a tenant and you see mould in your home, let your property manager know straight away.

If you find mould in your rental property when you move in, make sure you flag it straight away. ﻿ 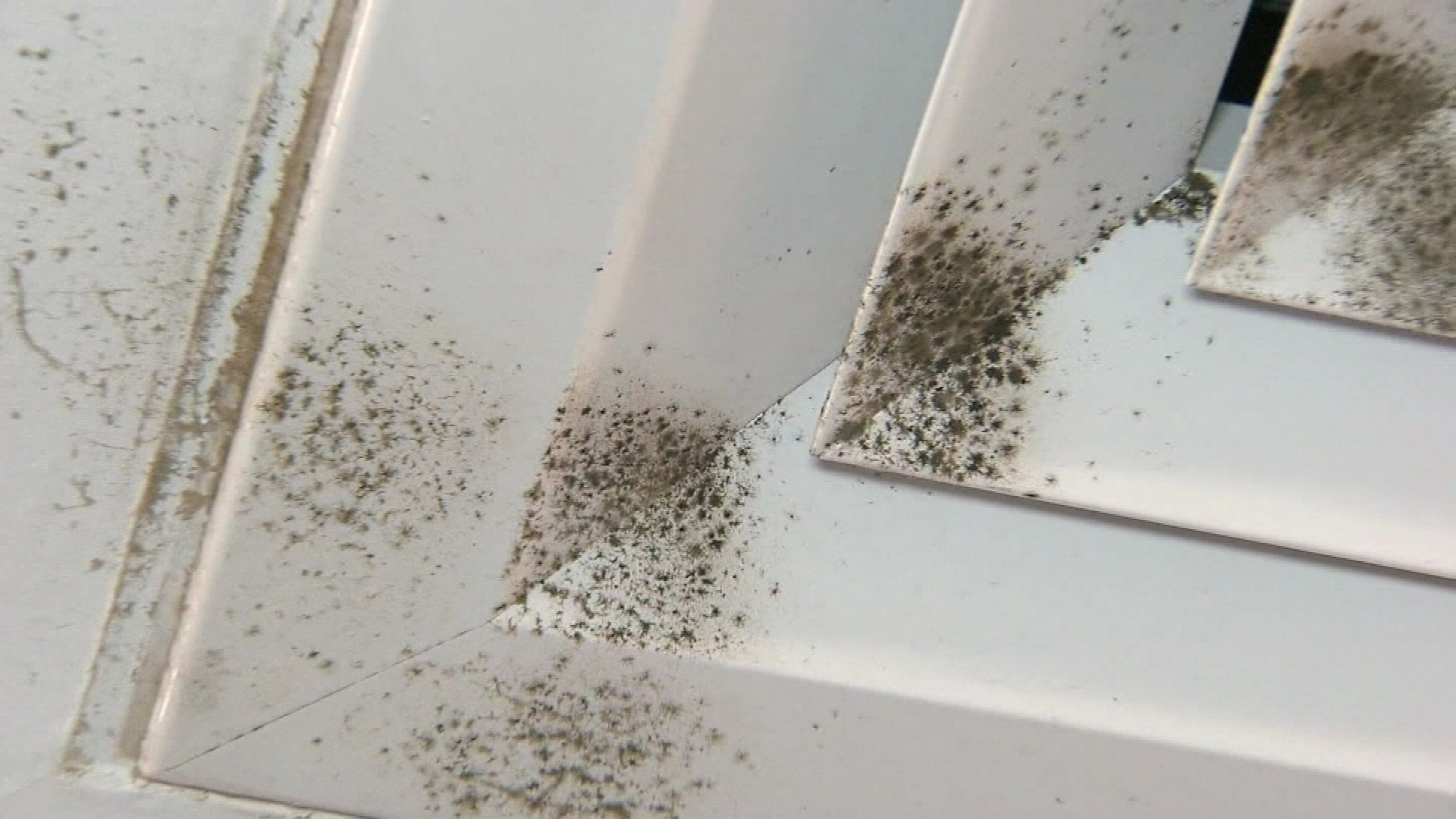 What if the mould is caused by flooding?

Repairing flood damage generally lies under the responsibility of landlords﻿.

However, damage to tenants' personal belongings is their own responsibility.

So if your furniture, clothes or other items get mouldy in a flood, that's something you'll have to deal with yourself.

Again, be sure to check your state or territory's government website to find out the most specific ﻿information for your circumstances.

﻿Can I get a rent reduction if there's mould in my rental?﻿

Theoretically, yes, but it won't be straightforward.

Once again, you'll need to suss out exactly what your own state or territory's regulations are, but generally speaking Australian tenants can receive compensation if their residence is impacted by mould.

For that to happen, an area of the property will need to be unusable due to the mould.

So, for example, if there is so much mould that you need to stay out of a room, that could be a reason for your rent to be reduced.

The mould growth in question will need to fall under the responsibility of the landlord for a tenant to be compensated. 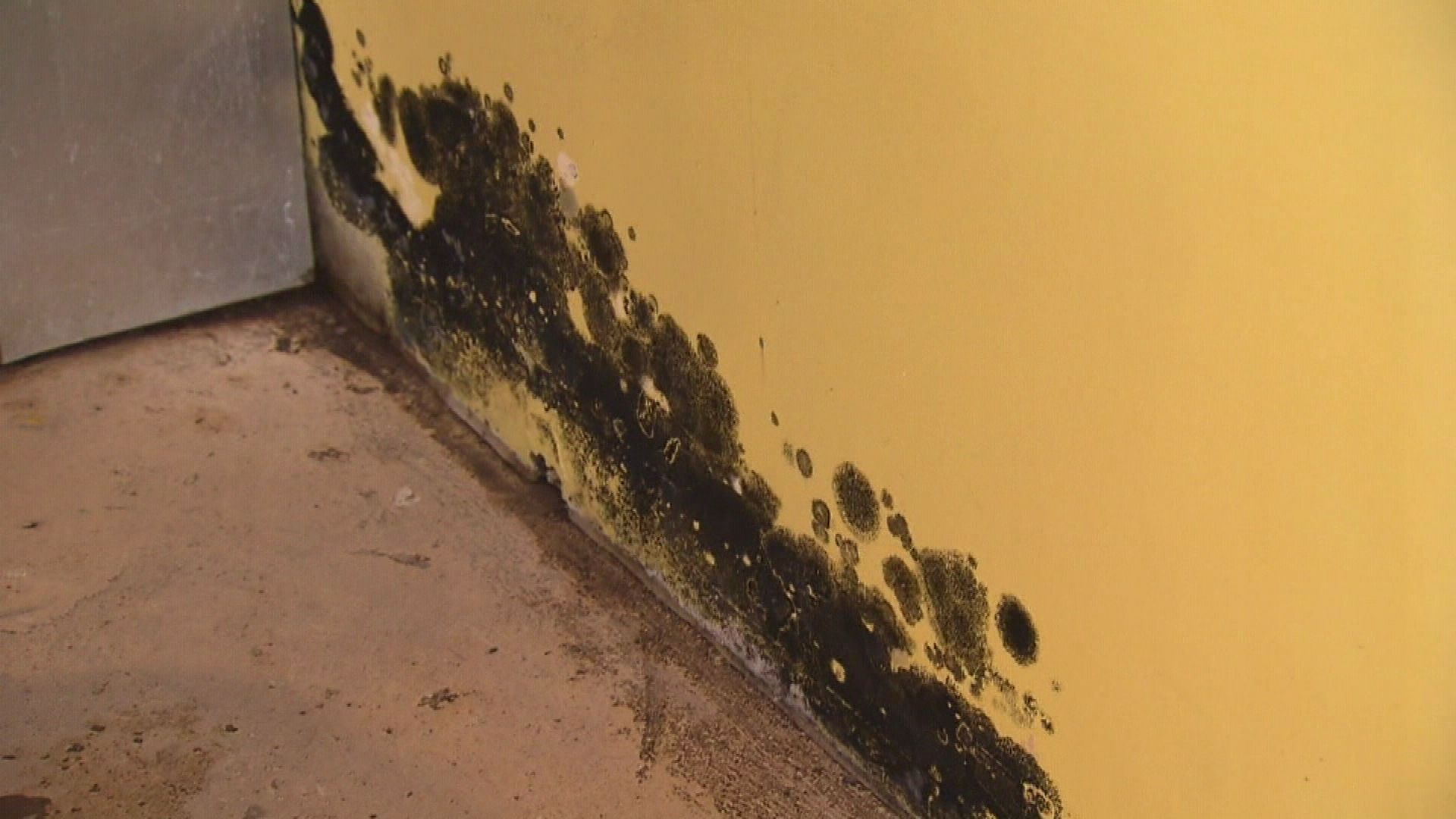 What are the health effects of mould?﻿

There's a reason people are advised ﻿to remove mould as soon as it appears: in addition to smelling bad, it can have some unpleasant health effects.

Spores can be inhaled, which can in turn result in flu-like symptoms ﻿for people who are allergic or sensitive to them.

According to the federal health department, those symptoms are likely be congestion, sneezing, coughing or wheezing, while it can also make asthma or allergic conditions like hay fever worse.

Mould can also irritate the eyes and skin if you make contact with it.

In rare cases, mould can have severe consequences, in the form of a severe infection which﻿ usually takes place in the lungs.

"One such infection is the rare immune disorder known as hypersensitivity pneumonitis, in which the lungs become inflamed from breathing in large amounts of specific substances (allergens) frequently over a period of time," NSW Health states.

"Symptoms of hypersensitivity pneumonitis are similar to the flu (fever, cough, chills, shortness of breath) and may become more severe the longer the exposure continues."