Mould, bacteria, and viruses are lurking in our indoor air. And they love to grow in our air conditioners!

Simple and It Works!

100% Tea Tree Oil. All-natural. Simple to use. No maintenance.

For Split and Window Aircons.

For best result, use Gelair Aircon Cleaner every 6 months to clean your aircon, and use Gelair Health-e Split to prevent recirculating moulds, bacteria and viruses in your room. 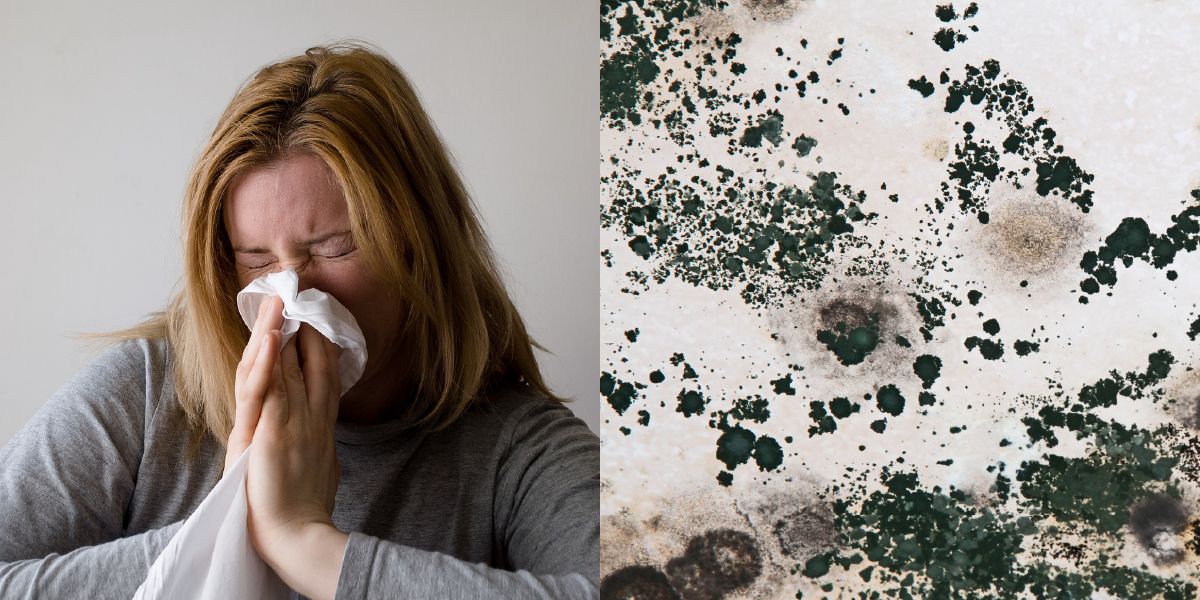 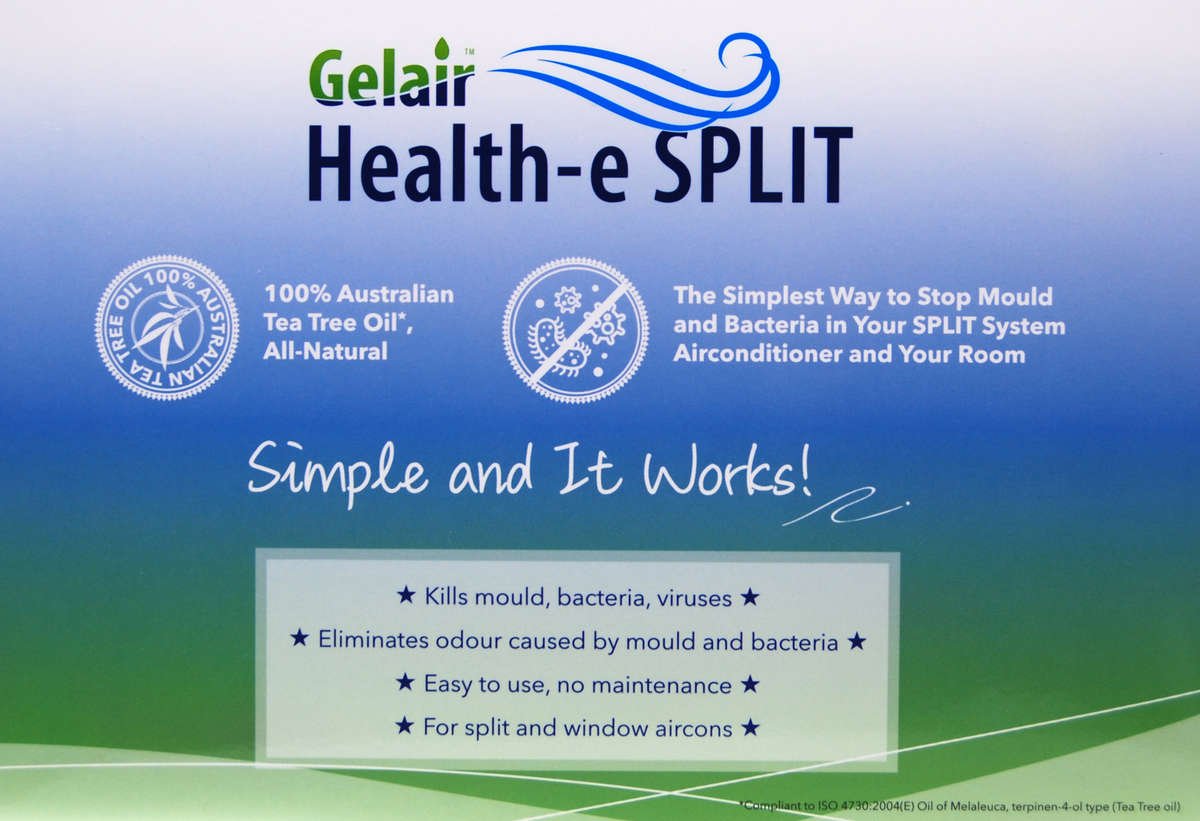 All homes have airborne germs – mold, bacteria, and viruses. Air conditioners are simply recirculating those germs throughout your home. Every time it is turned on.

Gelair™ Health-e SPLIT is the simplest way to stop mould and bacteria in your SPLIT system air conditioner and in your room. The patented technology delivers controlled and sustained Australian Tea Tree Oil vapour throughout the airconditioner, killing mould, bacteria, and viruses.

Gelair™ strictly adheres to the Australian Tea Tree Industry Association (ATTIA) Code of Practice to provide consumers independent assurance only the highest quality tea tree oil is being used in our product.

Why do moulds grow in our aircon and why is airconditioning the best way to spread moulds, bacteria, and viruses?

Moisture build-up in airconditioning systems is inevitable with a humid environment and condensation issues. And these provide the perfect breeding ground for moulds and bacteria to grow. If these mould and bacteria grow in the exterior part of the system, it can be cleaned away. But how about the areas we can't reach?

Airconditioning systems are the perfect breeding ground for molds and bacteria. A study done by Osaka City Institute of Public Health and Environmental Services showed that the average mold contamination of airconditioning filters was about 5-fold greater than that of a carpet!

If airconditioning systems are left untreated, we end up with:

What is Sick Building Syndrome?

Definition from Wikipedia:
"Sick building syndrome (SBS) is a combination of ailments associated with an individual's place of work or residence. A 1984 World Health Organization report into the syndrome suggested up to 30% of new and remodeled buildings worldwide may be linked to symptoms of SBS. Most of the sick building syndrome is related to poor indoor air quality. Sick building causes are frequently pinned down to flaws in the heating, ventilation and air-conditioning (HVAC) systems.

The symptoms referenced in the Wikipedia definition above are symptoms associated with mold and bacteria exposure.

A study in Australia showed that 2 out of 5 people suffer from sick building syndrome.

Untreated - this is what you could be breathing in from the air on a daily basis - bacteria, viruses and mould that can endanger your health!

Gelair™ Health-e Split / Tub (Vapour only, for air treatment) - the air is treated with 100% Australian Tea Tree Oil that makes it difficult for mould, bacteria, and viruses to grow.

Mould and Bacteria Control All Year Round

Gelair™ Health-e SPLIT is available in one convenient size and will last from 6 to 12 weeks depending on the use of the SPLIT system air conditioner.

Best of all, Gelair™ Health-e SPLIT can still be used when you don't need heating or cooling; just run your SPLIT system on fan only. The fresh Tea Tree Oil aroma will be stronger at first use and when turning your unit on after a break.

With Gelair™ Health-e SPLIT, the right amount of Australian Tea Tree Oil is circulated within the airconditioning system on a constant basis. Gelair has been available in Australia, the US, Europe, and Asia in for over 10 years. It is used in a wide range of marine, commercial and industrial applications and can be installed in any type of air conditioning system.

How to use: (See video here - links to our YouTube channel)

Here's what our customers are saying...

Based on 35 reviews Love to hear from you! Please write a review